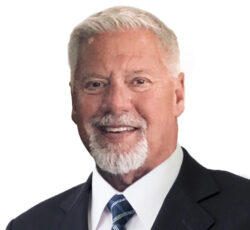 Dennis Clark, CPO, is founder and president of Clark & Associates, founder and president of O&P1, and founder and president of DEC Development. Dennis began his career as a staff technician in his father’s business, Dale Clark Prosthetics, during his teenage years. After attending the University of Iowa, he received certifications in Prosthetics and Orthotics at Northwestern University/Fienberg School of Medicine, where he also taught for two years. In 1978, Dennis returned to work for Dale Clark Prosthetics and in 1987, purchased the business. He reorganized the company into Clark & Associates Prosthetics & Orthotics in 2003, where he was President/Partner. From 2003 – 2005, Dennis served as lead prosthetist at Walter Reed Army Medical Center/Prosthetics Department caring for wounded soldiers returning from Iraq and Afghanistan. He has served on the board of directors for the American Academy of Orthotists & Prosthetists (AAOP), president of AAOP-Region 7, and president of The American Board for Certification for Orthotics, Prosthetics and Pedorthics (ABC). Dennis is also an active member of the Amputee Coalition of America (ACA). He has been a frequent lecturer at meetings, conferences, universities and hospitals across the United States. Dennis has been featured in industry, military, and news publications including, O & P Edge, the O & P Almanac, O & P Business News, Popular Mechanics, Biomechanics, Red Orbit, the Waterloo Courier, AR News, Newsmax and The Bayonet. Currently, he a member of the External Collaborative Panel for the Limb Loss Preservation Registry, a five-year research project sponsored by the National Institute of Health and the Department of Defense.